Police and Crime Commissioner Alison Hernandez will ask her scrutiny body, the Police and Crime Panel, to approve a budget which will allow police officer numbers to increase for the second year in a row – and beyond. 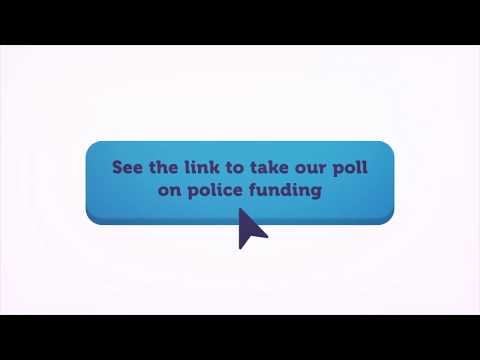 A change in Government policy, announced in December, means that - for the next two years - police and crime commissioners across England can increase the amount people pay for police through their council tax precept by £12 a year (for a Band D property).

This equates to 6.8% increase in the police precept and will bring in an additional £7.2m for policing across Devon, Cornwall and the Isles of Scilly in 2018/19.

Results of an ongoing poll – which is open until Sunday 28 January – will accompany the recommendation when Ms Hernandez asks the panel for support next Friday (2 February).

“This is my second budget since taking office and it builds on the same principles that underpinned my first, that it is progressive, modernising and sustainable,” said Ms Hernandez.

“He has identified a number of areas for priority investment to enable him to deliver policing and better connect our communities.”

The key developments are:

“I remain committed to achieving previously identified savings and the Chief Constable will deliver £9.6m of savings by 2021/22 through a combination of efficiency, productivity and transformation,” said Ms Hernandez.

“Since my election we have undertook some very effective housekeeping in relation to the reserves held and this will continue as we fund the development of further major projects such as the modernisation of operational facilities in Exeter.

“I have worked closely with the chief constable and the two chief financial officers to construct this budget and we are confident that, given support by the panel, these proposals can be delivered.

“The relative stability in Central Government funding for the next two years is welcome.  The Home Office has provided a one year settlement for 2018/19 with clear indications of the settlement that can be achieved in 2019/20 if the set criteria are met.

“This provides greater certainty for planning purposes.  It has also been indicated that the review of the police grant formula will now be delayed until the next comprehensive spending review (CSR) which is not anticipated prior to 2020.“

Ms Hernandez also announced a saving of £100k in OPCC costs (which will be released back to front line policing) and plans to launch a small grant scheme later this year.

Link to budget papers via the Police and Crime Panel website

Proposed increase for each band