Creating a force that is locally based, locally respected and locally present
Read more

What does the budget mean for communities in Devon, Cornwall and the Isles of Scilly?

In this week's blog Alison expresses her delight at the Police and Crime Panel's acceptance of her budget for 2018/19 and explains a little of what it means to for our communities. 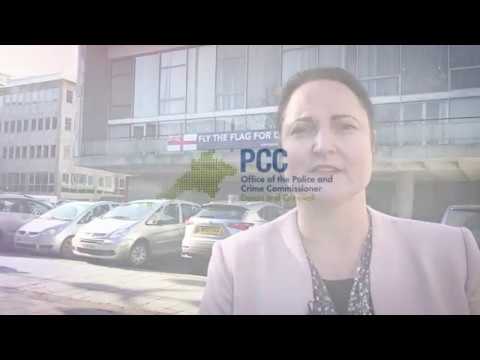 I am delighted that on Friday 2 February 2018 the Police and Crime Panel accepted my budget for the year to come.

Firstly, I would like to thank the 4,109 people who took part in my policing precept poll from across Devon, Cornwall and the Isles of Scilly.

The reason I have been asking for your views in our online poll is because of a change in Central Government policy which means that, for the next two years, police and crime commissioners across England can increase the amount people pay for the police through their council tax precept by £12 a year.*

I wanted to know whether people living in Devon, Cornwall and the Isles of Scilly supported the idea of paying more for policing.

87% of those who took part believe that our police force needs more investment and 71% said they would be willing to pay an additional £1 per month* for local policing.

The decision to raise the precept was not one I took lightly. I know that many households operate on very tight budgets and I carefully considered the impact this would have.

But, to have so many people take part, in a relatively short space of time, and for them to be overwhelmingly in favour of investing more money for our police force, gave me the assurance that increasing the precept would be beneficial to communities in Devon, Cornwall and the Isles of Scilly.

This wasn’t a full consultation, it was simply a mechanism to give me a flavour of support.

It makes such a difference to have people power, the voices of the public, to help persuade our elected officials to make the right decisions on behalf of the communities they serve.

As criminals find new ways to commit crime, the police need to work differently and more innovatively to stop them and, unfortunately, this does not come without a price tag.

In 2016, when I and my team did a full consultation with the people of Devon, Cornwall and the Isles of Scilly, to ensure that my first Police and Crime Plan gave a true picture of the relationship the police has with it communities, the public was very clear.

They told me that a traditional, visible approach to community safety is still important to them so I wanted to find a way to address both of these concerns.

By voting to allow an increase in the precept the Police and Crime Panel voted to add an additional £7.2 million to the police budget.

But, of course, having more money is one thing – how the police use it is another and the chief constable has assured me this money will go directly to policing where it is needed most - in communities.

We have worked together to construct a budget that will help connect communities and policing, and get the best out of our police force – and that is at the heart of my Police and Crime Plan – Safe resilient and connected communities.

This budget will mean that we can now increase the number of police officers to 3,015 and do it a year earlier than we initially planned.

It will also mean investing £13 million to develop a county headquarters for Cornwall at Bodmin, similar to the current work underway at Exeter. We will be working with other partner organisations on the Bodmin development to offer them the chance to get involved at the planning stage.

We must invest in technology to stay ahead of the curve and also drive efficiencies and productivity in our workforce.

For this reason, body worn video cameras will be rolled out for our frontline staff. These will protect officers and victims, capture invaluable evidence, catch criminals and provide transparency to the public.

I look forward to continuing to work with the chief constable to deliver the police service that Devon, Cornwall and the Isles of Scilly deserves.

I want to ensure the vulnerable are protected, victims supported and find innovative ways to make our communities safer, more resilient and better connected.

*For a Band D property.