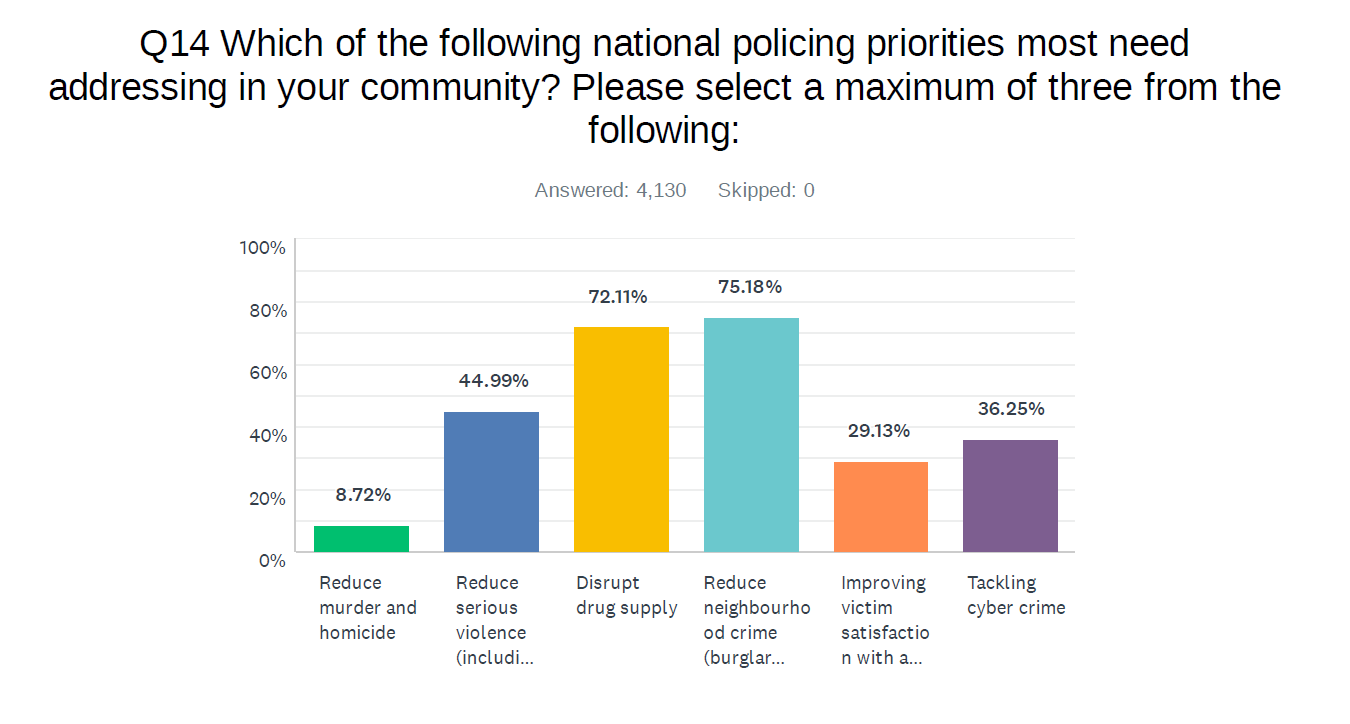 A total of 4,130 people completed the survey, which ran from November 6, 2020, to January 3, 2021, answering questions on subjects such as the Covid-19 response, contact methods and areas of potential future investment.

‘Community-based crime prevention’, ‘visible policing’, ‘the emergency call service’ and ‘police technology’ were also areas where there was strong support for further investment.

Anti-social behaviour, drug dealing and road traffic offences were the crime types that participants felt most needed addressing in their communities.

Alison Hernandez, the Police and Crime Commissioner for Devon, Cornwall and the Isles of Scilly, said: “I’d like to thank all those who took the time to complete our survey which was longer and more comprehensive than those of previous years so we could get a real understanding of how people felt about their police service.

“I have the job of representing the public’s voice in policing and information like this is invaluable for the Chief Constable and I when it comes to planning a police force that reflects the wants and concerns of the people who fund it.

“In partnership with our communities in recent years we have maintained the Devon and Cornwall Police force area as one of the safest in the country, we are both hugely proud of that fact, but there is always more to be done and being seen it getting done.

“This survey tells me that although we have added hundreds of more police officers to the front line in the last four years there is still a desire to invest further in frontline, visible, neighbourhood policing. That approach seems to go hand in hand with the desire for more effort and resource to be put into crime prevention in the neighbourhoods where antisocial behaviour and drug dealing is still causing people concern.”

In partnership with the Chief Constable the Commissioner is in the final stages of setting the 2021-22 Devon and Cornwall Police budget and said she would be heavily influenced by the opinions of those who had responded to her questionnaire.

Full results of the survey can be found on the ‘community engagement’ section of the website of the Office of the Police and Crime Commissioner at devonandcornwall-pcc.gov.uk.