4 hours, 48 minutes ago
RT @Assistant Chief Constable Nikki Leaper: Today I welcomed 15 student officers as they attested as Constables to serve the local communities. Later I had the… https://t.co/K01z337tR9
Follow us

The Police and Crime Panel for Devon and Cornwall will meet today (Friday, January 28) to consider a budget for the force that will allow it to hit record officer strength. 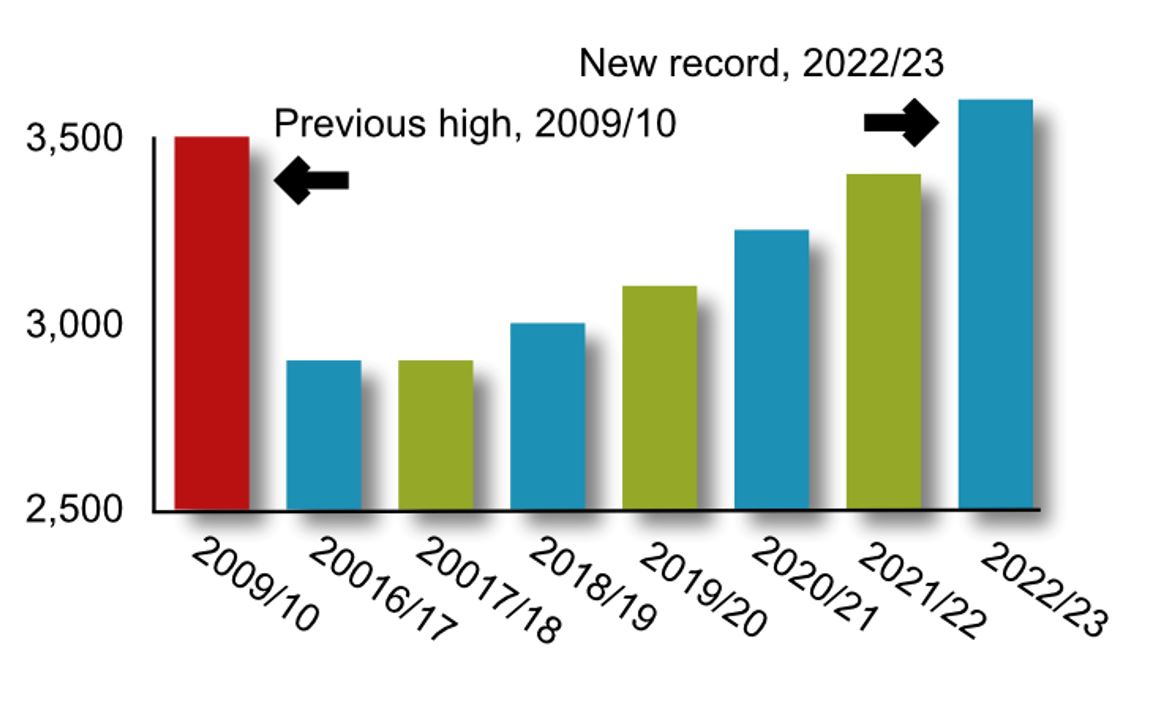 Devon and Cornwall Police was formed in 1967 and at its peak in 2015 had 3,500 officers before these were reduced by austerity measures. After five years of increases funded locally and through a national uplift the budget put forward by Police and Crime Commissioner Alison Hernandez for 2022/23 will take that figure to 3,610.

To support increasing costs the panel will consider a draft budget that will raise the policing precept in Devon and Cornwall by £10 a year to £246.56 for a band D property for the next financial year. The total revenue for the force will be £372m with 59% from central government and 41% from council tax contributions.

If proposals get the green light the force is on track to have added 686 officers to its ranks since 2016/17.

A total of 5,316 people took part in a survey run by the Commissioner to inform her budget decision-making.

“It was made clear to me in 2016 that there was a desire in our communities to recruit more officers and a willingness to ‘pay more to get more’,” she said.

“Devon, Cornwall and the Isles of Scilly are challenging areas to police, with rural, coastal, island and city communities and with crime challenges like violence and drugs. I therefore made officer recruitment a priority and am pleased that with our community’s support we have been able to work towards a position where there will be more officers In Devon, Cornwall and the Isles of Scilly than ever before.

“Our residents have invested in policing, the next year will be about ensuring that investment is felt by reduced crime, increased visibility of officers and increased confidence in the force while working on our key strategic priorities of reducing drug dealing, serious violence, road deaths and antisocial behaviour.”

The panel will also consider the Commissioner’s plans for investment of almost £8m in victim services and serious violence prevention for the next financial year. This Commissioning Intentions Plan details how the Office of the Police and Crime Commissioner’s Victim Care service has supported more than 20,000 victims of crime in the last full financial year, with a 23% increase in the number of people supported

In the current financial year the Office of the Police and Crime Commissioner secured central Government investment of more than £1.5m to spend on services for residents of Devon, Cornwall and the Isles of Scilly through partnerships like Plymouth Together, which was put in place to support those affected by the Keyham shooting of August 12 last year.

“We must do everything we can to stop people getting involved in crime through prevention and intervention work, and when people are affected by crime I want to ensure we have the resources in place to help people recover quickly. I believe this budget delivers on both of those ambitions,” the Commissioner said.

Devon and Cornwall Constabulary was formed in 1967 from the merger of the Devon and Exeter Constabularies with that of Plymouth and Cornwall. Initial officer strength was 2,143.

The force is currently open for recruitment. Anyone considering a career in policing can find out more and register an interest at www.devon-cornwall.police.uk.