4 hours, 14 minutes ago
RT @Keyham Community Policing Team: Cuppa with a Copper has been arranged for Friday 9th December 2022 @WolseleyTrust Hub, Wolseley Close (Opposite the… https://t.co/vnfI7vPlHP
4 hours, 15 minutes ago
RT @Association of PCCs: #PCCs are working collaboratively to tackle violence against women & girls VAWG Infographic👉… https://t.co/2QuYw1E1R5
7 hours, 16 minutes ago
While the region is one of the safest when it comes to road safety, we believe that any death or serious injury is… https://t.co/2ezRvsG6QP
13 hours, 35 minutes ago
RT @PCSO Debbie Hollinson: There’s more coverage of the work #OpScorpion undertook on @BBCSpotlight this evening. If you’d like to report ille… https://t.co/VICdsqDmKp
1 day, 10 hours ago
RT @TheTorbayWeekly: @AlisonHernandez: "I want to do everything in my power to stop #DomesticViolence from happening in the first place… https://t.co/TSUVy0Uwlc
Follow us

Exeter has been awarded £432,000 to tackle crime and make streets safer in the city centre and surrounding areas following a partnership funding bid spearheaded by the Office of the Police and Crime Commissioner and Exeter City Council. 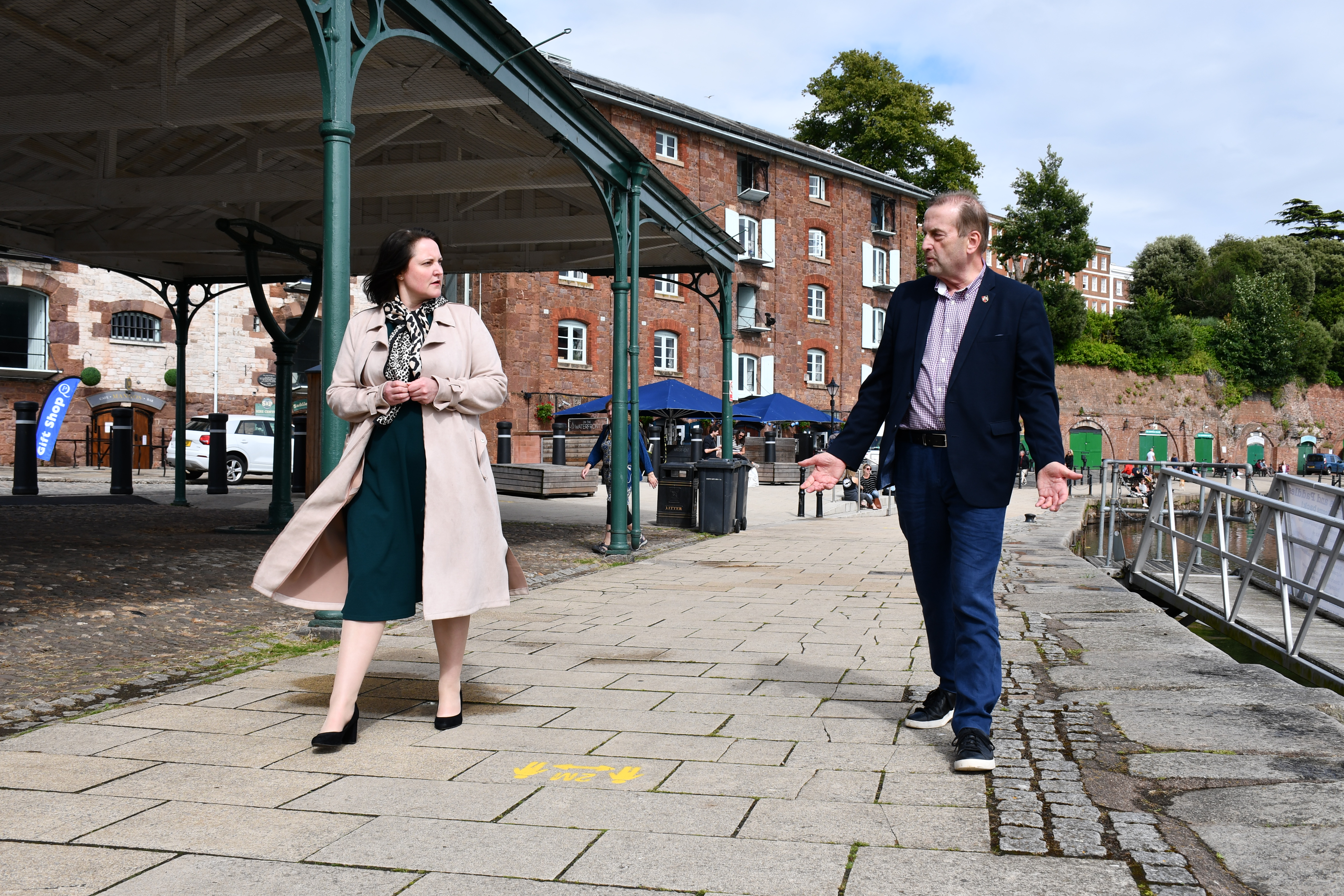 The Home Office announced yesterday that the application to its Safer Streets Fund had been successful. The Government has awarded £432,000 to the scheme, which, taken together with local match funding, will see a total investment of over £550,000 over the next 10 months.

The Home Secretary has also launched a further £25M funding round for the Safer Streets Fund which is primarily focused on helping make women and girls feel safer on the streets.

The money for Exeter will be used to make streets safer and comes from a fund focused on preventing neighbourhood crimes like burglary, vehicle theft and robbery. The investments being made will also help improve people’s safety in public spaces during the daytime and at night and will help to prevent wider criminality and antisocial behaviour.

The funding will go towards measures proven to cut crime, including the installation of 17 new CCTV cameras, enhanced street lighting in problem areas as well as crime prevention training and property marking campaigns.

The funding will also support investment in community projects such as graffiti clean-up, park improvements and the set up of new Neighbourhood Watch Schemes and security improvements for properties.

As part of the development process the project team presented their proposals at a panel which included the commissioner, Assistant Chief Constable Julie Fielding and a member of the commissioner’s Lived Experience Adviser Scheme. Lived experience advisors are members of the local community who support the commissioner by sharing their experience, insight and understanding.

This is the second award of funding allocated to Devon and Cornwall under the Home Office’s Safer Streets Fund, with North Stonehouse awarded £546,000 in 2020-21 to deliver the Stronger North Stonehouse Project.

Police and Crime Commissioner Alison Hernandez said she was delighted that the partnership’s efforts had paid off.

She said: “Exeter is a wonderful city with a vibrant and welcoming community. But like anywhere, it does have problems. This funding will make a big difference.

“There is strong evidence, according to the Home Office, that crimes can be prevented by tactics that either remove opportunities to commit crime or act as a deterrent by increasing the chances of an offender being caught.

“While the focus of this funding is on preventing acquisitive crimes like burglary and vehicle theft the measures being put in place will also contribute to wider safety of people living, working or socialising in the city. I am particularly pleased that this funding will allow a significant increase in CCTV coverage with an additional 17 cameras planned in new locations.

“I look forward to working with Exeter City Council and our other partners to deliver this important project and to reassure the public that we are serious about tackling crime and making Exeter’s streets safer.

“I am excited by the additional Safer Streets Fund investment of £25m that was announced today and its focus on personal safety, and in particular the safety of women and girls. I will be working with partners over the next few weeks to ensure we make the most of this opportunity within Devon and Cornwall.”

Exeter City Council Leader Phil Bialyk said he was delighted with the funding: “This is a massive boost for the city. The money will help us create an environment where the streets feel safer and it is much harder place for predatory crimes to take place.

“Over £300,000 of this funding will be spent on upgrading our already successful CCTV network, and along with other measures, will send out a strong message that crime is not welcome in this great city of ours in any shape or form.”

Office of the Police and Crime Commissioner lived experience adviser Rebecca Broad said: “It is fantastic news that Exeter has been awarded this funding to help keep people safe. As a woman who studied and now lives and works in the city, I was really pleased to be able to play a role in helping to develop this bid through my work as a lived experience adviser.

“Alongside helping to prevent crimes like theft and burglary the investments that will be made through this funding, such as CCTV, will play an important role in helping to improve the safety of women and girls in our city. I look forward to seeing its progress and implementation over the coming months.”

Home Secretary Priti Patel said: “I will not stand by while criminals inflict fear and misery on our communities, which is why I launched the Safer Streets Fund to improve security in areas blighted by crimes like burglary, robbery and theft.

“But it’s more than just environmental change – we need to prevent people from committing these offences in the first place as we build back safer.

“That is why the next round will rightly look at behaviour change, with a primary focus on women and girls who are disproportionately affected by crimes like harassment in public places.”

Safer Streets is just one of the ways the Government is working to tackle violence against women and girls.

In March, the Home Office reopened its call for evidence on violence against women and girls, to hear views on this hugely important issue. Over 180,000 responses were received and are helping to inform the new cross-government Violence Against Women and Girls Strategy and complementary Domestic Abuse Strategy, which will be published later this year.

The Home Office is also working closely with police on a new online tool aimed at women and girls, which will allow people to pinpoint locations in their local area where they have felt unsafe.

Since its inception last year, the Safer Streets Fund has allowed forces to invest in transformative crime prevention initiatives.

The total funding awarded today totals £18.3m in 40 areas across England and Wales.