3 hours, 36 minutes ago
RT @Assistant Chief Constable Nikki Leaper: Today I welcomed 15 student officers as they attested as Constables to serve the local communities. Later I had the… https://t.co/K01z337tR9
Follow us 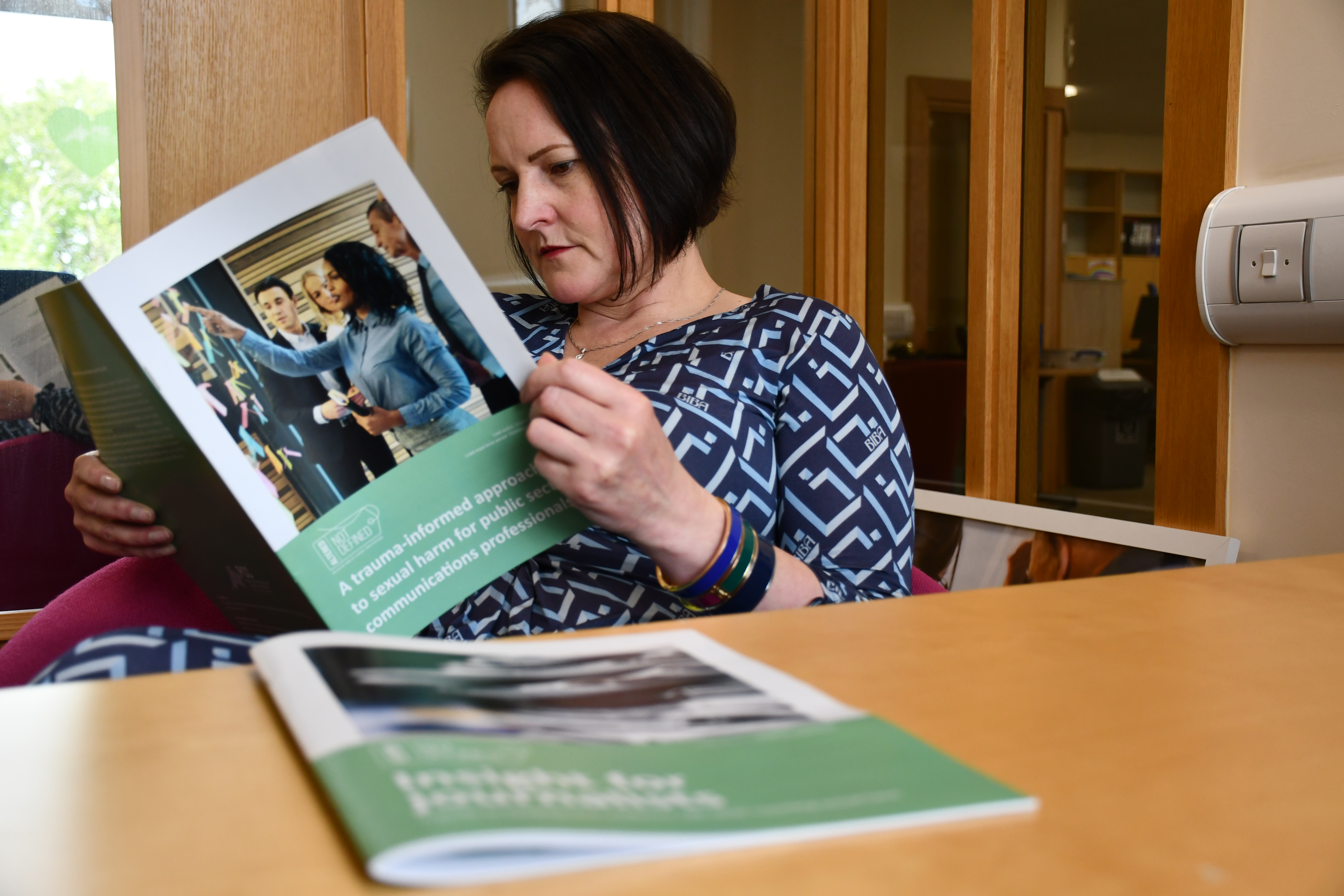 New guidance has been issued to communications professionals to help them understand the trauma experienced by victims of sexual offences.

The Altered not Defined project seeks to engage journalists and PR experts in efforts to signpost victims to help and support and to create communications which respect the trauma that victims of sexual offences are likely to experience due to the crimes committed against them.

Two sets of guidance have been authored, one aimed at journalists and another at public sector communications professionals. They were written by community safety practitioner Victoria Coe, assisted by lived experience adviser Dominique Martin.

The duo found that while journalists reporting on court hearings would often give great care to comply with legislation, opportunities were often missed to promote victim support organisations or to highlight to those experiencing trauma, of potentially detailed or explicit content. Frequently unclear language was used to describe offences.

PR campaigns often focussed on dangers posed to women on nights out and typically focussed on young white female victims. Sexual violence that occurred in the home was rarely addressed by PR campaigns and victims from minority ethnic backgrounds, while over-represented in Government crime statistics*, were not typically represented in campaign material. Offender behaviour was rarely addressed, meaning communications often unintentionally implied blame on victims or their friends for behaviour that could have left them vulnerable to assault.

The project was commissioned by Police and Crime Commissioner Alison Hernandez, with national and regional journalists and PR experts supporting with feedback and advice.

Commissioner Hernandez said: “There are some very well-meaning PR campaigns out there but we found some extraordinary examples where women had been ‘blamed’ for being drunk. Often imagery used was dark and upsetting, which we would argue may be traumatising for victims of sexual violence, discouraging reporting instead of encouraging those affected to seek help or advice.

“The guidance does, however, feature examples of positive and inclusive communication. If we can encourage more campaigns like these I am sure we can increase the number of victims seeking help and advice from some of the wonderful services out there and encourage offenders to address their own behaviour.”

With regards to the media’s reporting of sexual violence crimes and prosecutions the Commissioner said that sometimes misleading terminology was used.

“The Insight for Journalists guide has within it some advice about terminology and clarity of language,” she said.

“We are asking reporters and editors to consider whether they could issue warnings before potentially upsetting content is displayed, or whether it is necessary to include it at all, so an audience can choose whether to engage with it or to consume it at a different time or location.

“Language and communications around sexual violence has never been so important, and the media and PR industries are vital in communicating these messages, so I really hope they engage with this work and help us to make a positive difference.”

The guidance has been published by the Commissioner’s office on a dedicated website alterednotdefined.org.uk and printed copies are available on request from the Office of the Police and Crime Commissioner for Devon and Cornwall.

If you have been a victim of crime please report it to police, in an emergency call 999 or in a non emergency call 101, webchat or email the police via devon-cornwall.police.uk. Alternatively, to stay 100% anonymous, contact the independent charity Crimestoppers online at Crimestoppers-uk.org or call Freephone 0800 555 111.