3 hours, 22 minutes ago
RT @Assistant Chief Constable Nikki Leaper: Today I welcomed 15 student officers as they attested as Constables to serve the local communities. Later I had the… https://t.co/K01z337tR9
Follow us 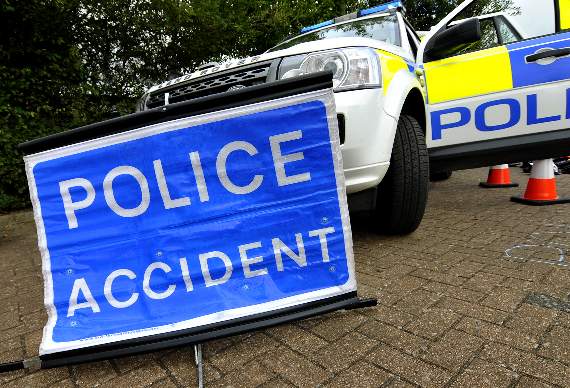 The Police and Crime Commissioner for Devon, Cornwall and the Isles of Scilly says she is dismayed by reports on BBC’s Panorama that suggest a national 5% increase in fatality rates could be attributed to lack of investment in roads policing.

Commissioner Alison Hernandez is the national APCC lead for roads policing and safety, as well as the chairman of the Vision Zero South West road safety partnership.

The Commissioner has made road safety one of just four main priorities in her new Police and Crime Plan.

She said: “It’s tragic that fatality rates have increased nationally and we must always remember that every one of these is a human being with loved ones and people who cared about them.

“Police and Crime Commissioners hear regularly from local people concerned about speeding and road safety. That’s why as a collective we carried out a national survey to evidence the level of concern and appetite for change (results here: https://apccs.police.uk/latest-news/apcc-road-safety-survey-results/).

“Some newly-elected Police and Crime Commissioners are still finalising their Police and Crime Plans for 2022 but all the Plans published so far specifically mention road safety. This sends a clear message to policing that we will be holding Chief Constables to account to ensure they are delivering on the public’s priorities.

“Commissioners have been playing our part by ensuring forces have the resources they need. The majority of forces have increased spending on roads policing in recent years, many as a result of additional money we have raised through our council tax precepts.

“However, while we know that police enforcement has a strong effect on driver behaviour, road safety is not and must not become the sole responsibility of police officers – it is the responsibility of everyone who uses the roads.

“In Devon and Cornwall we use a joined-up and innovative approach through the creation of the Vision Zero South West road safety partnership which includes all the emergency services, councils, highways authorities, NHS Trusts and many, many more.

“We use data to target problem areas, concentrate on our vulnerable road user groups and work with communities to identify areas of concern. Recently we spent £153,000 to fund 34 community-led road safety projects, donated 170 dashcams to users of high-risk routes and even used data to pre-empt the risk of collisions at a local event, allowing us to provide enforcement and education to avoid any potential incidents.

“Our vision is to cut all fatal and serious road collisions in Devon and Cornwall to zero by 2040. We can only achieve this ambitious target by working closely with agencies, organisations and communities.”

The Department for Transport released its official annual road casualty statistics in October last year which showed that in Devon and Cornwall 44 people were killed and 624 people were seriously injured.

While this is a reduction compared to 2019 – when there were 48 people killed and 768 seriously injured – 2020 also saw a 21% reduction in vehicle traffic across Great Britain due to the Covid-19 lockdowns.

The Department for Transport say the decrease in fatalities in 2020 is associated with this reduction in road traffic, meaning the rate of fatalities actually increased in 2020.

Of those killed or seriously injured on Devon and Cornwall’s roads:

Commissioner Hernandez added: “The APCC has established a Roads Policing & Safety portfolio to share best practice in this area, and to lobby Government.