The Police and Crime Commissioner for Devon, Cornwall and the Isles of Scilly said she will continue to lobby for significant investment in South West after the Chancellor unveiled a multi-million-pound funding package to tackle violent crime and improve regional transport infrastructure. 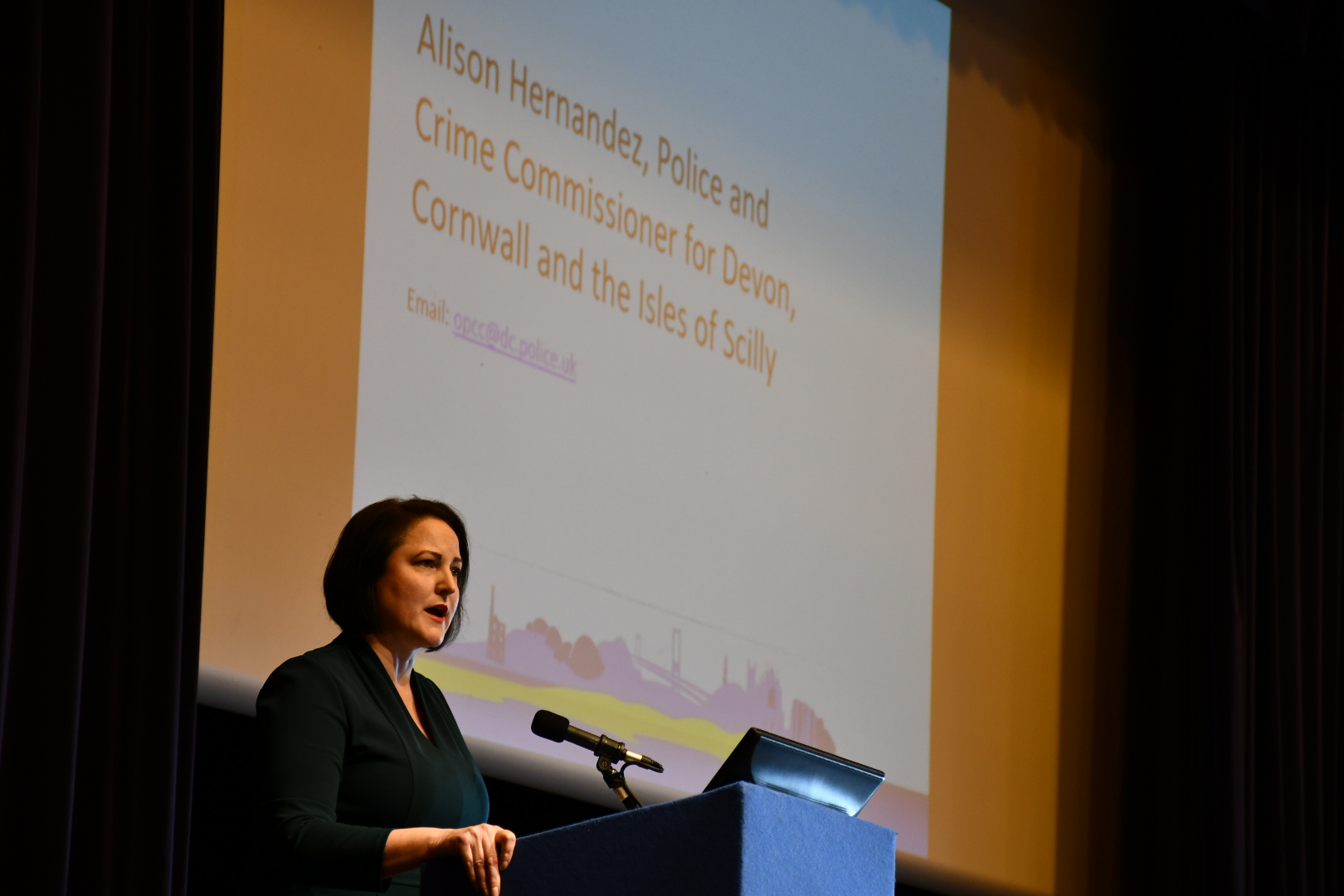 He also said a package of £600bn would be made available over the next five years for transport infrastructure projects, to include A303 improvements, as part of the ‘levelling up’ plans to help regions outside the South East prosper.

Alison Hernandez has spent the last year highlighting the challenges facing police and partners in keeping people safe in what is the largest force area in England through her application for additional funding from the Home Office’s Special Grant fund and as part of the Back the Great South West campaign.

“Overall crime is falling in the force area but violent crime is on the increase, too many offence victims of sexual offences do not see their cases progress to trial and domestic abuse levels are a real worry for my office and our partners,” she said.

“As a victim of domestic abuse myself I welcome the £15m of measures that tackle high harm perpetrators and to provide support for victims. We know domestic abuse is still significantly under-reported so we do not understand the true extent of the problem.

“I hope that the £5m fund to trial new domestic abuse courts and the £15m to improve services for rape and sexual violence victims will give more people the confidence to come forward and seek the assistance they need to support higher numbers of prosecutions.

“The Rural Crime Survey suggests that the rurality and isolation of some of our communities only exacerbates these problems. I have discussed these matters with the Policing Minister so I am delighted to see a real commitment to tackling them the Budget.”

Yesterday (Tuesday, March 10) the PCC attended a conference to hear how Turning Corners, a project funded through her office, had helped divert young people in South Devon away from gangs, violence and drug dealing.

She is now exploring ways to continue funding of the project and to share its lessons across the region, as well as investing £1m in a new Violent Crime Prevention Centre for the region in the next financial year.

“We heard about the devastating impact that violent crime has on young people and communities, and I was extremely impressed with how police and other agencies had involved communities in providing the solutions,” she said.

“The parent support groups set up by Turning Corners are now being copied in other force areas, including the Met. It is another example of how here in Devon and Cornwall we can lead the way in finding solutions to these problems. I have championed this approach in Westminster and will continue to do so.”

The Devon and Cornwall Police force area has a rural road network that would stretch from London to Sydney. Poor transport infrastructure hampers the ability of the emergency services to respond to calls for help, the PCC argues.

“I want to see Devon and Cornwall thrive and realise their true potential – that’s why I am supporting the Back the Great South West campaign,” Alison said.

“We need to attract businesses and investment to the region, that’s the only way communities will flourish. One of the ways we do that is through the region’s reputation as one of the safest and most pleasant placed to live and work in the country. Our transport infrastructure does not support that ambition at the moment and is extremely vulnerable, so I am really pleased that the ‘levelling up’ plan now has real financial clout.

“My job now is to work with others to ensure that the Government recognises the innovation and ambition in this region and we get our fair share of the funding announced today.”