17 hours, 31 minutes ago
RT @Alison Hernandez: Hosted with @policingslavery a Westminster Showcase on modern slavery and organised immigration crime. Met with the… https://t.co/XOlTs4V84n
Follow us

A third of people stopped and searched by Devon and Cornwall Police were arrested, summonsed to court or had drugs or weapons seized from them, figures out today show. 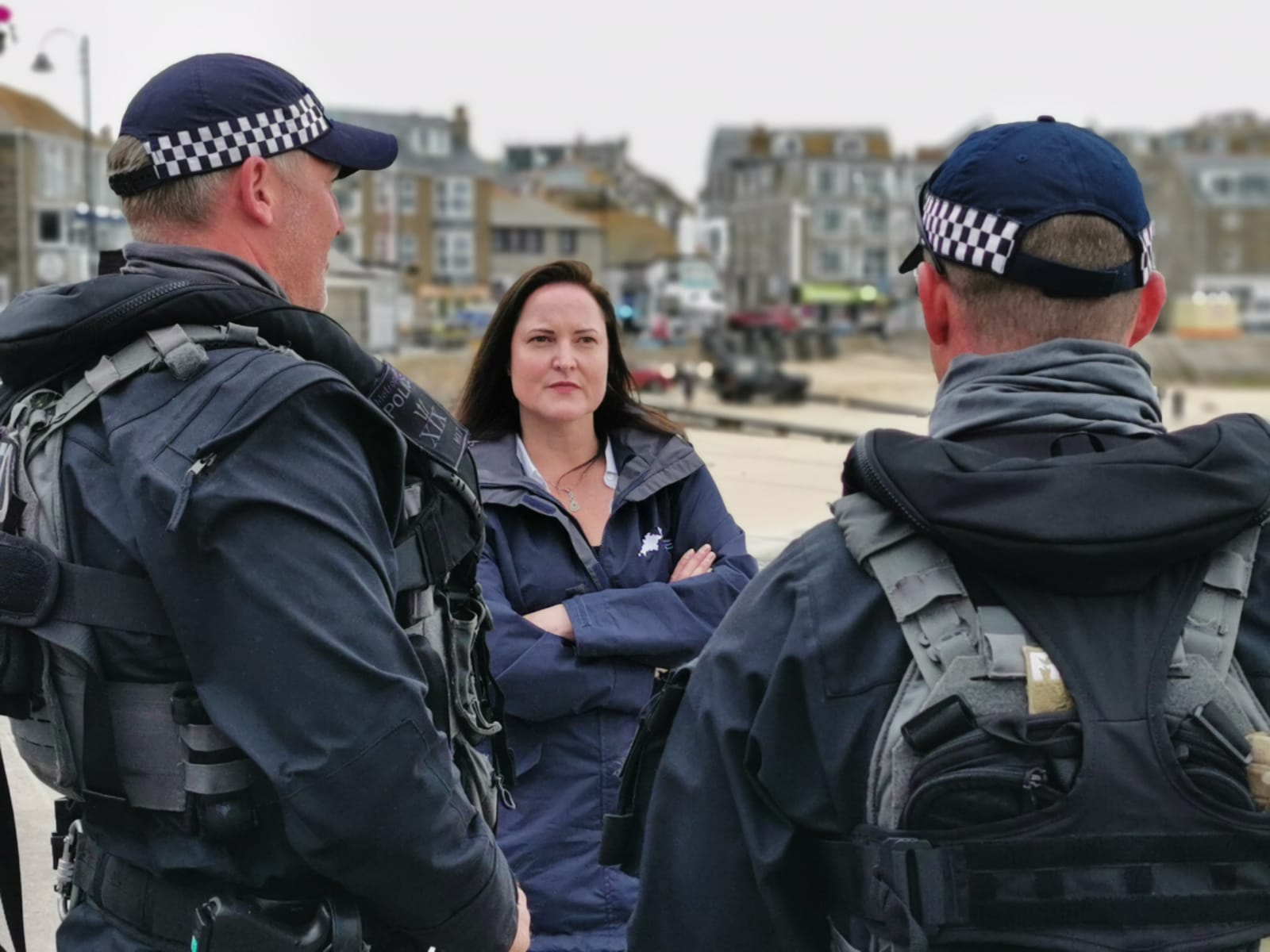 Stop and search data for the year to April 2021 details how the measure was applied by the force and the number of ‘positive outcomes’ which justified the approach.

Officers used stop and search in the period 8,438 times to seize 993 items, including 62 offensive weapons, 74 items of stolen property and 803 quantities of drugs. On 20 occasions items were seized which related to ‘going equipped’ to commit a crime.

A total of 34% of stop and searches carried out by the force had a ‘positive outcome’ and the activity led to 1,102 arrests.

Of those subjected to a stop and search in the force area 5,626 were white and 160 were black. Based on ethnicity recorded in the 2011 census this indicates that black people were searched at a rate 11.1 times that of white people, a slight decrease from the 2019-20 rate of 11.9. These rates assume that all those stopped and searched were resident of the force area.

Alison Hernandez, Police and Crime Commissioner for Devon, Cornwall and the Isles of Scilly, said: “My new police and crime plan prioritises reducing the harm caused by drugs, violence and antisocial behaviour and these figures show that stop and search has played a vital part in taking drugs and weapons off the streets.

“The disproportionality figures are based on census data which is a decade old and do not take account of the estimated eight million visitors we have to Devon and Cornwall each year. It is a considerable concern for me in terms of my ability to scrutinise force performance in this area that this will remain the case at least until we have the results of the 2021 census.

“I do not, however, want our residents and police officers to lose sight of the fact that effective use of stop and search makes them and their loved ones less likely to be stabbed, have access to drugs or to have their homes broken into.”

Devon and Cornwall Police is a member of the national Best Use of Stop and Search scheme, ensuring that it maintains the public’s trust and confidence.