In her recent blog, Alison talks about the White Ribbon campaign and domestic abuse. 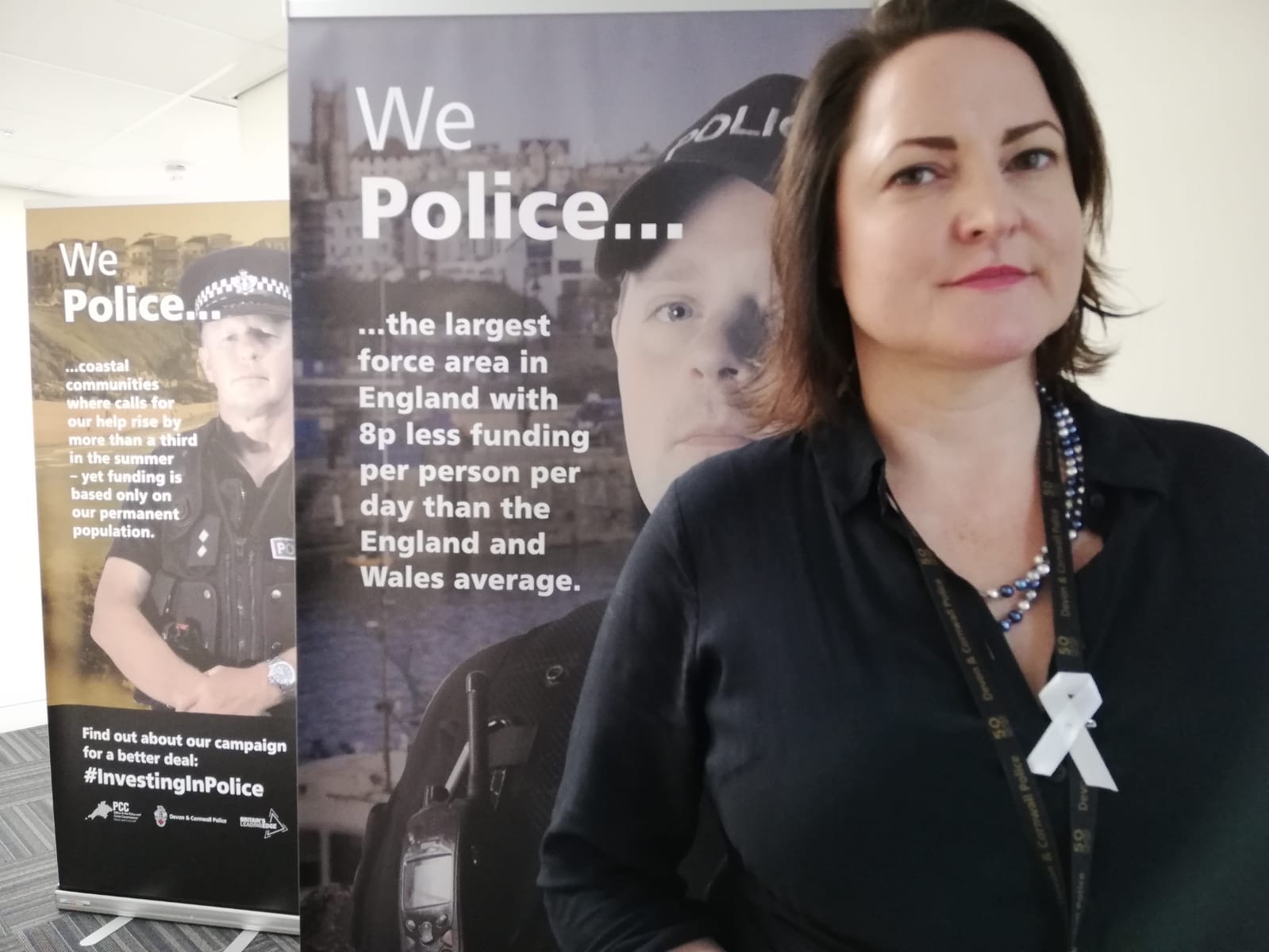 I am humbled this week to see some of my colleagues sporting white ribbons on their lapels. Started in 2005, the White Ribbon Campaign draws attention to the global movement to end male violence against women.

White Ribbon Day, on Monday, encouraged men to act as ambassadors and role models, engaging with other men and boys to call out abusive and sexist behaviour among their peers and to promote a culture of equality and respect. The awareness day kicked off 16 days of action against gender-based violence.

There is still much work to do in this area. I live in a part of the Westcountry which has a real problem with domestic violence (levels of domestic violence in Torbay are twice that of other parts of Devon) I am very aware that gender-based violence can affect anyone, no matter what their background.

According to Public Health England 25% of women and 16% of men are affected by domestic violence during their adult lifetimes. One academic who has studied it describes domestic violence as a ‘silent epidemic’, effecting not just the victim but all around them.

Like a lot of crimes, there is a sliding scale of seriousness. Domestic abuse doesn’t have to manifest itself as physical violence but can present as coercive behaviour used to control a person. Victims might have their finances controlled by a partner or debt racked up in their name. Sometimes child support payments are withheld as a perpetrator tries to exert control over a victim.

All too often victims do not report or perhaps even recognise that a crime is being committed, colleagues, friends and family are sometimes unaware of the warning signs and these cases result in real tragedy. In 2018, 173 people were killed in domestic violence-related homicides in the UK. This represents an increase of 32 deaths on 2017. The vast majority of those killed are women at the hands of men.

Domestic violence is corrosive to society. Victims are likely to struggle in their careers - more than half of abused women miss at least three days of work a month and most arrive late for work regularly - and child witnesses to violence in the home are more likely to copy that behaviour, meaning the cycle of abuse continues.

There is evidence to suggest that domestic abuse is generally under-reported. According to recent Crime Survey data only 18% of women who had experienced partner abuse in the 12 months to March 2018 reported it to the police. This under-reporting is a real problem for police forces and the police and crime commissioners who commission services for victims because it makes it hard to work out the scale of the problem so resources can be created to support and help victims.

On an individual case level it means perpetrators get away with it, victims go unrecognised and the cycle of violence continues.

The good news is that the police have become much better at spotting domestic abuse and classifying it. The number of domestic abuse cases Devon and Cornwall Police deals with has increased in recent years and we do more than just arrest perpetrators but also offer support to the children affected.

Operation Encompass means that if a child witnesses domestic violence a trusted member of staff receives a phone call from the police to ensure they are better supported at school. Devon and Cornwall Police just won a prestigious award for this.

Recognising that children are victims of domestic abuse in their homes is a campaign led by the creators of Operation Encompass, Plymouth couple Liz and David Carney-Howarth, who recently received a Queen’s Honour in recognition of their efforts too.

Victims’ services are also better than ever. There are a variety of helplines available depending on where you live but a good place to start is the Devon and Cornwall Victim Care Unit, where help and advice is available whether you are victim of a crime that has been reported to police or not. The unit can be contacted on 01392 475900 or online at victimcaredevonandcornwall.org.uk.

And even if you are not a victim of domestic abuse you can help by keeping an eye out for work colleagues and challenging sexist or abusive behaviour. For advice on how to make your workplace be part of the solution visit 16daysofaction.co.uk.