Why you should consider meeting the person who burgled your house

In her latest blog Alison talks about policing priorities and the upcoming Restorative Justice Week. 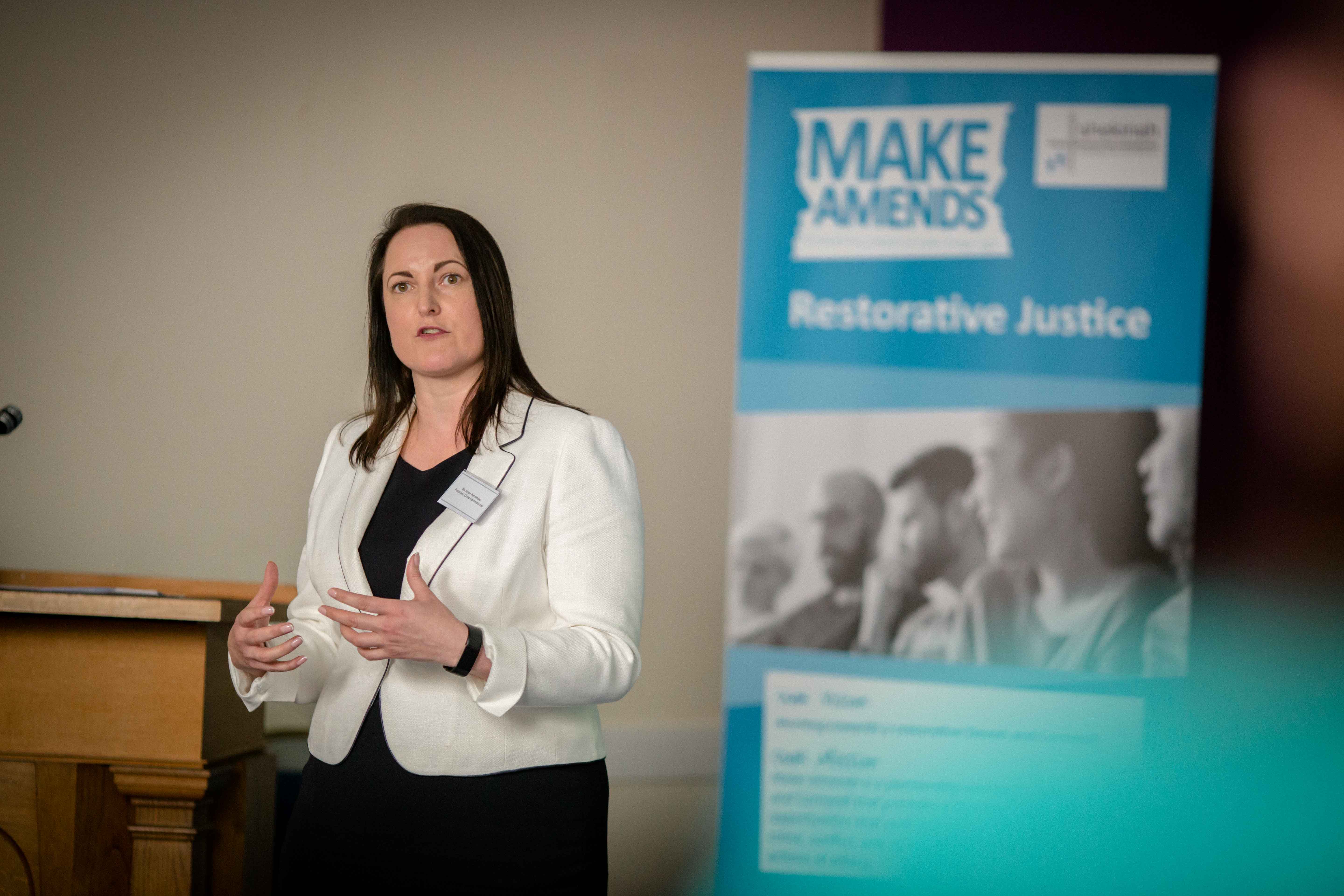 There has been a huge amount of talk in the last couple of weeks about policing priorities. Should the Met be worrying about whether misogynistic motivation for offending makes a hate crime while the murder rate in London soars? Might it be worth turning a blind eye to teenagers smoking cannabis so more resources can be put towards road safety?

Politicians and police officers are often drawn into such discussions but recently the rhetoric has been dialled up to 11 because of the intense squeeze on police finances. With a police pay rise on the cards and a hole in the pension fund forces around the country – ours included – are facing some tricky decisions.

Having said that I don’t think austerity should be used as an excuse for failing to deliver justice or investigate crimes. When the focus is how we might reduce spending by £10m rather than being more clear about how we spend the £300m we know we’ve got our eye off the ball.

If Devon and Cornwall Police decided to adopt Durham Police’s view that they were too busy to take action against cannabis clubs where vast amounts of potentially dangerous and illegal drugs are consumed I would be less than impressed (the NHS recognises a clear link between cannabis consumption and mental illness).

Victims of crime need to be confident that there is a police force ready to listen to them and take their complaints seriously and it is up to police chiefs to rise to that challenge. It’s through supporting victims of crime that our communities benefit from a reduced fear of crime and feel safer.

A robust police force and courts willing to punish offenders is part of that solution, but so too is providing services like those available through our Victim Support Network. One of the solutions on offer is restorative justice.

From Sunday (November 18) Restorative Justice Week will celebrate the work that is being done around the world to encourage criminals to understand the impact of their offending behaviour, while providing victims with the chance to meet the perpetrator of their crime face to face. Earlier this year my office commissioned the charity Shekinah to provide a simple and accessible restorative justice system for the entire force area called Make Amends.

In terms of reducing reoffending restorative justice gives people responsible for the harm a real insight into the effect their actions have on individuals as well as the wider ramifications for friends, family and community as a whole. It also creates opportunities for those who have caused the harm to make amends for what they’ve done. The process is always voluntary and both parties must willingly agree to take part. The aim is for everyone to move on.

Last Wednesday, while chatting to farmers about rural crime at an agricultural event on the outskirts of Exeter I bumped into Terry Nott, one of our fantastic volunteers who spends time working in a Youth Offending Team. Terry said he had witnessed first hand the benefits of restorative justice for both parties but observed that often victims start from a position of not wanting to meet offenders. If they went through with the appointment, however, they were almost always glad that they had.

Often the unknown is scarier than the reality and meeting the offender who caused the harm can help victims understand why the crime happened and assist them to rebuild their lives. From the offender’s point of view I’ve heard that once you have faced the victim of your crime and get the opportunity to appreciate the impact and damage you’ve done, it makes it harder to repeat this behaviour.

Make Amends holds the Restorative Justice Council’s Restorative Service Quality Mark, a badge of quality that guarantees that a service provides safe, high quality restorative practice. This means that people harmed by crime in Devon and Cornwall and the Isles of Scilly can be confident they’ll get a safe, effective service that meets their needs.
Make Amends accepts referrals from partner agencies, voluntary and community groups as well as self-referrals for victims of reported or non-reported crime.

If you think that you would benefit from restorative justice call the referral line on 01803 222033 or email: makeamends@shekinah.co.uk where you will be able to talk to a trained restorative practitioner about your options.