Alison Hernandez elected to second term as Police and Crime Commissioner for Devon, Cornwall and Isles of Scilly

Alison Hernandez has been returned as police and crime commissioner for Devon, Cornwall and the Isles of Scilly for a second term of office. 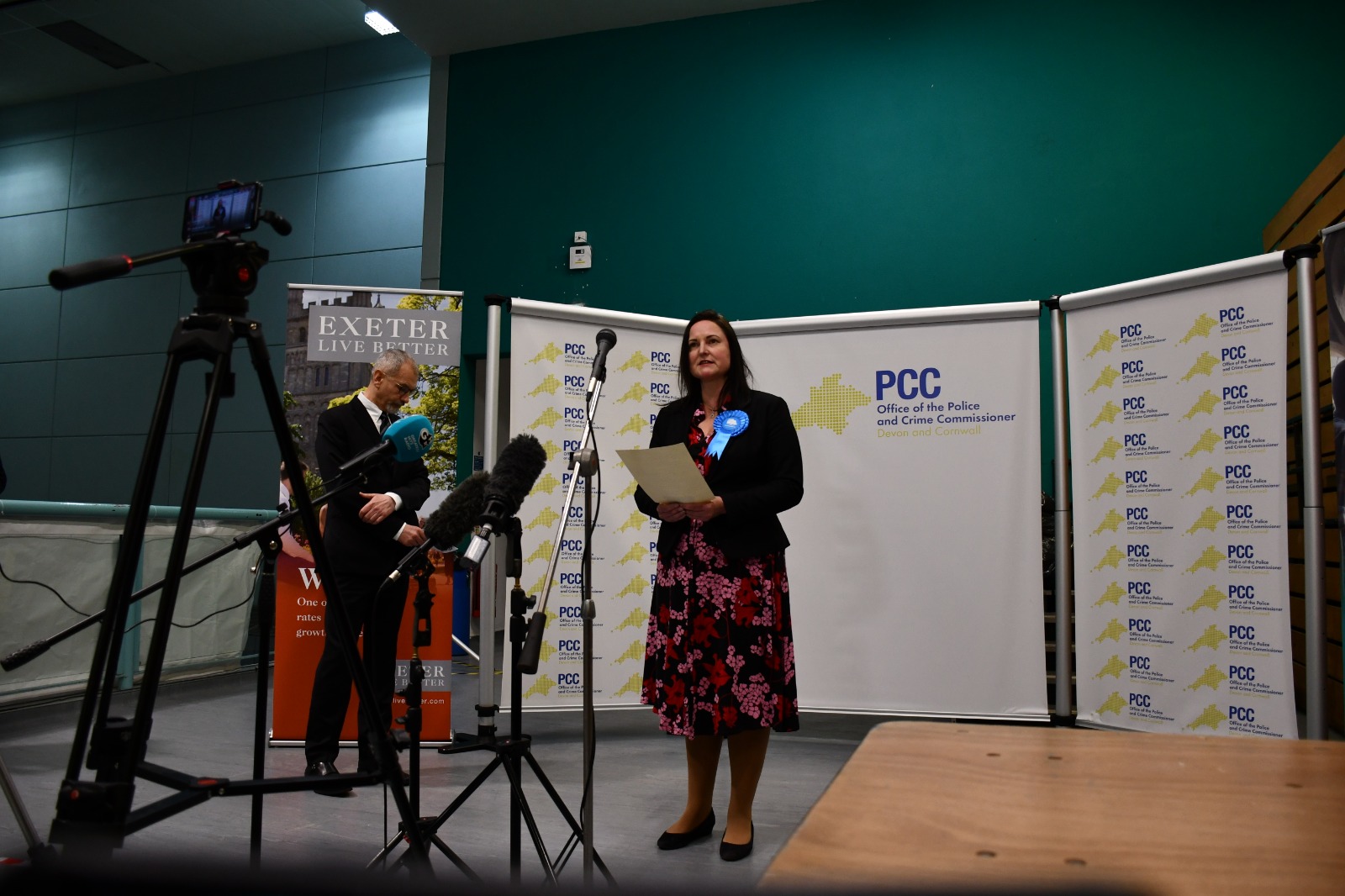 Commissioner Alison Hernandez won with a majority of 65.2% over second place Gareth Derrick (Labour) after the second round of voting*.

Commissioner Hernandez was sworn into her role in Exeter today by Karime Hassan, CEO of Exeter City Council.

The election was postponed from 2020 due to the coronavirus pandemic and legislative changes mean that the next term of office will now be for three years.

In her acceptance speech, Commissioner Hernandez said: "I am absolutely delighted to have been elected as police and crime commissioner by the people of Devon, Cornwall and the Isles of Scilly.  I'd also like to congratulate my opponents, particularly Gareth, on what has been a hard-fought campaign.

“But when it came to voting I am pleased that the majority of people recognized the progress made during my first term of office and agreed with my priorities which are, to keep fighting for the best financial deal from Government for policing in Devon and Cornwall, to continue to invest in visible policing so that our communities remain some of the safest in the country and to commission excellent services for victims and that help people stay safe.

"I'm looking forward to delivering on the 498 extra police officers that our community and the Prime Minister has helped fund for our area.  They;ll be hitting the streets this year and next so you'll start to see that visibility.  I'm looking forward to working with the chief constable who is highly respected throughout the country and the chief executive of the office of Police and Crime Commissioner who is also highly respected.

"I can't wait to deliver on this three year term.  I've got an ambitious plan to make us the safest place in the country - we're already second but I want to get to number one.  I need the community's help to do that and you've started that journey this evening by voting for me and I want to thank everyone who took their time to go to the polling station.

“I am looking forward to addressing the communities priorities and starting work on my next Police and Crime Plan.  As we emerge from the pandemic I am heartened by the resilience that our communities have shown and how well Devon and Cornwall Police have engaged with the public, and I intend to build on this approach over the next three years.”

Votes received (after second round)

Further information: *Under the supplementary vote system used for the Police and Crime Commissioner Elections, a voter is required to indicate their first and second preference candidates on the ballot paper.

If a candidate receives more than half of all first choice votes, they are elected immediately.

The candidate with the highest combined total of first and second choice votes will be elected as the Police and Crime Commissioner for the police force area.