A problem shared is a problem halved

In her latest blog, Alison talks about Barnstaple Police Station and collaborative working. 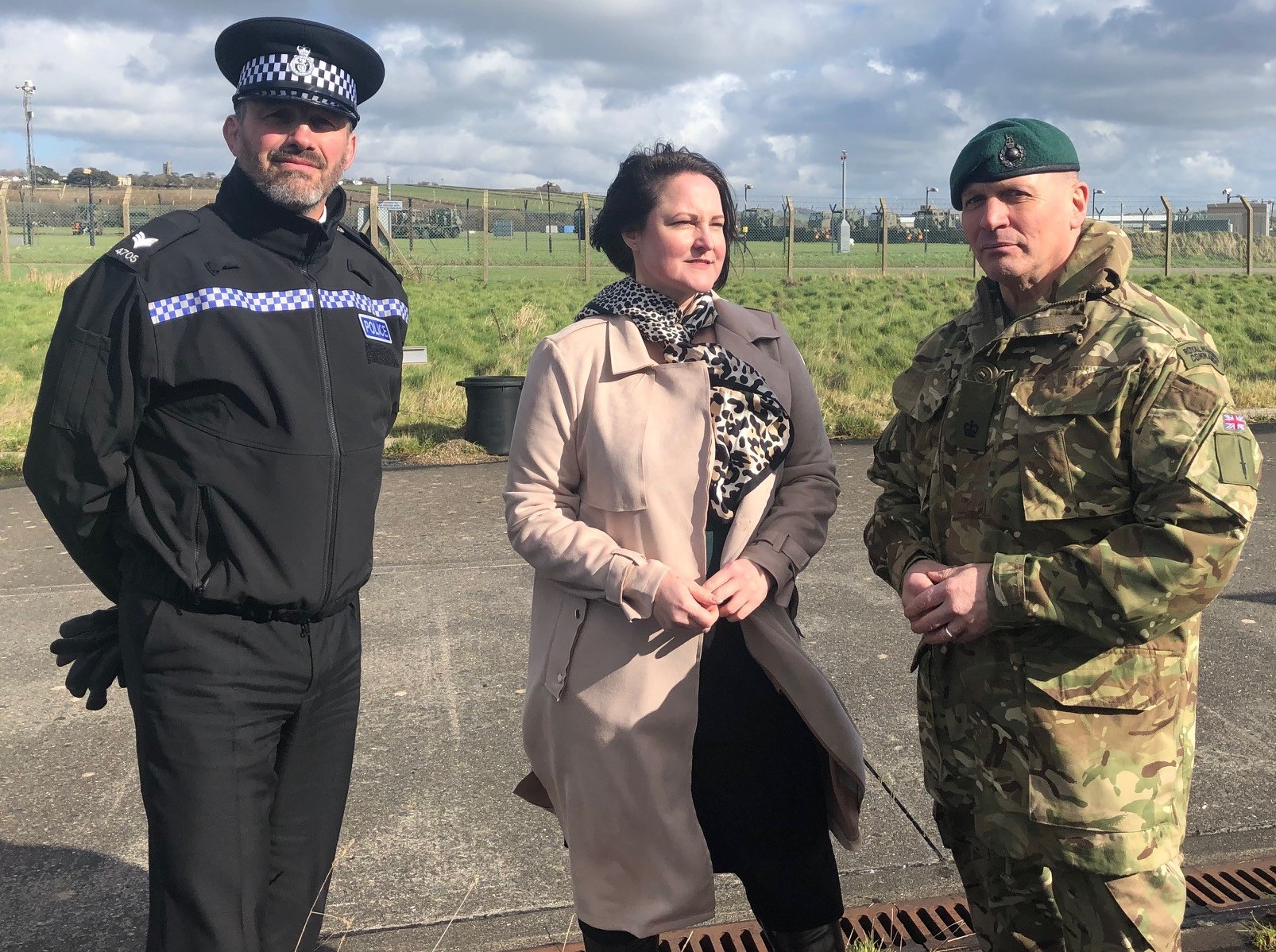 One thing I have learned is that it is so much easier to get things done if you work with others. You can turn that around and say it’s nigh on impossible to get anything achieved in policing and crime prevention if you work alone.

Once you break down barriers and open lines of communication you realise that often people, especially here in the South West, often experience the same barriers and problems but also that they might well come up with solutions that you have not thought of.

One of the real benefits of the role of a police and crime commissioner is that we have the ability to bring partners together. We are making progress in so many areas because of this approach in Devon, Cornwall and the Isles of Scilly.

Last week started with an emerging problem - we have a police station in North Devon with a roof that’s in need of a repair that would be hugely disruptive to policing and expensive to fix.

I’d rather not spend millions of pounds on repairing a station that was built in a different era and is no longer ideal for 21st Century policing. Instead we need to ensure that North Devon is served by an estate which includes all its present services in a modern working environment.

The difference here is that engineers say the roof is perfectly safe now but we do have a pressing requirement for new facilities.

On Monday last week I headed to Barnstaple to talk to local authorities and the Royal Navy, which has a major base at Chivenor, to see if we could use some of their estate to house some or all of the services we need in partnership with them. I also talked to local authorities and a couple of days later a councillor from North Devon who is part of my councillor advocate scheme called to suggest that we look at some empty office space that a council up there has available to let.

These projects may or may not be viable options for us but sharing the problem certainly helped and I’m not very positive that we will be able to use this as an opportunity to improve our officer in North Devon for staff, officers, volunteers and the public.

Two days later I brought together dozens of people for an event to discuss ways to improve the way that the police and the NHS deal with people in mental health crisis. At the moment far too many people with mental illness are ending up in the hands of police. It is not right for them, the police or the public.

There are no easy answers to this issue, which is a national problem that might require changes to legislation. It certainly needs changes to the working practices of police and health workers. Improving requires us all to be sharing the objective of putting people’s safety first, understanding each other’s capacity and capabilities and bringing a certain amount of organisational altruism to the table.

The week ended with the launch of the Back the Great South West prospectus. This has brought together seven universities, local enterprise partnerships, councils and multiple businesses to call on the government for a package of investment that will help the region realise its incredible economic potential. For the police and partners keeping people safe and secure is a vital part of that offer – our low crime is one of the reasons the region attracts more visitors than anywhere but London.

I would like to congratulate the team behind this effort for bringing together the right organisations to ensure that we are heard loud and clear in Westminster just ahead of the new Chancellor’s first budget. It is only by presenting a united front that we will get the investment in our transport infrastructure and services that we require.

The collaborative work continues next week when the South West Peninsula Road Safety Partnership meets again. For the first time a group of organisations that includes hospital medics, air ambulance charities, the police and others have come together in a commitment to dramatically reduce the number of people killed and injured on the roads in Devon, Cornwall and the Isles of Scilly.

There’s a huge amount of work to be done, post collision response, driver education and police enforcement all have a role to play in enabling us to cut road deaths by 50% in the next decade. Whether we succeed or not will be down to the ultimate collaboration – the relationship we need to build with the driving public that to stop the tragedy and devastation that are all too common.