5 hours, 10 minutes ago
RT @Keyham Community Policing Team: Cuppa with a Copper has been arranged for Friday 9th December 2022 @WolseleyTrust Hub, Wolseley Close (Opposite the… https://t.co/vnfI7vPlHP
5 hours, 11 minutes ago
RT @Association of PCCs: #PCCs are working collaboratively to tackle violence against women & girls VAWG Infographic👉… https://t.co/2QuYw1E1R5
8 hours, 13 minutes ago
While the region is one of the safest when it comes to road safety, we believe that any death or serious injury is… https://t.co/2ezRvsG6QP
14 hours, 31 minutes ago
RT @PCSO Debbie Hollinson: There’s more coverage of the work #OpScorpion undertook on @BBCSpotlight this evening. If you’d like to report ille… https://t.co/VICdsqDmKp
1 day, 11 hours ago
RT @TheTorbayWeekly: @AlisonHernandez: "I want to do everything in my power to stop #DomesticViolence from happening in the first place… https://t.co/TSUVy0Uwlc
Follow us 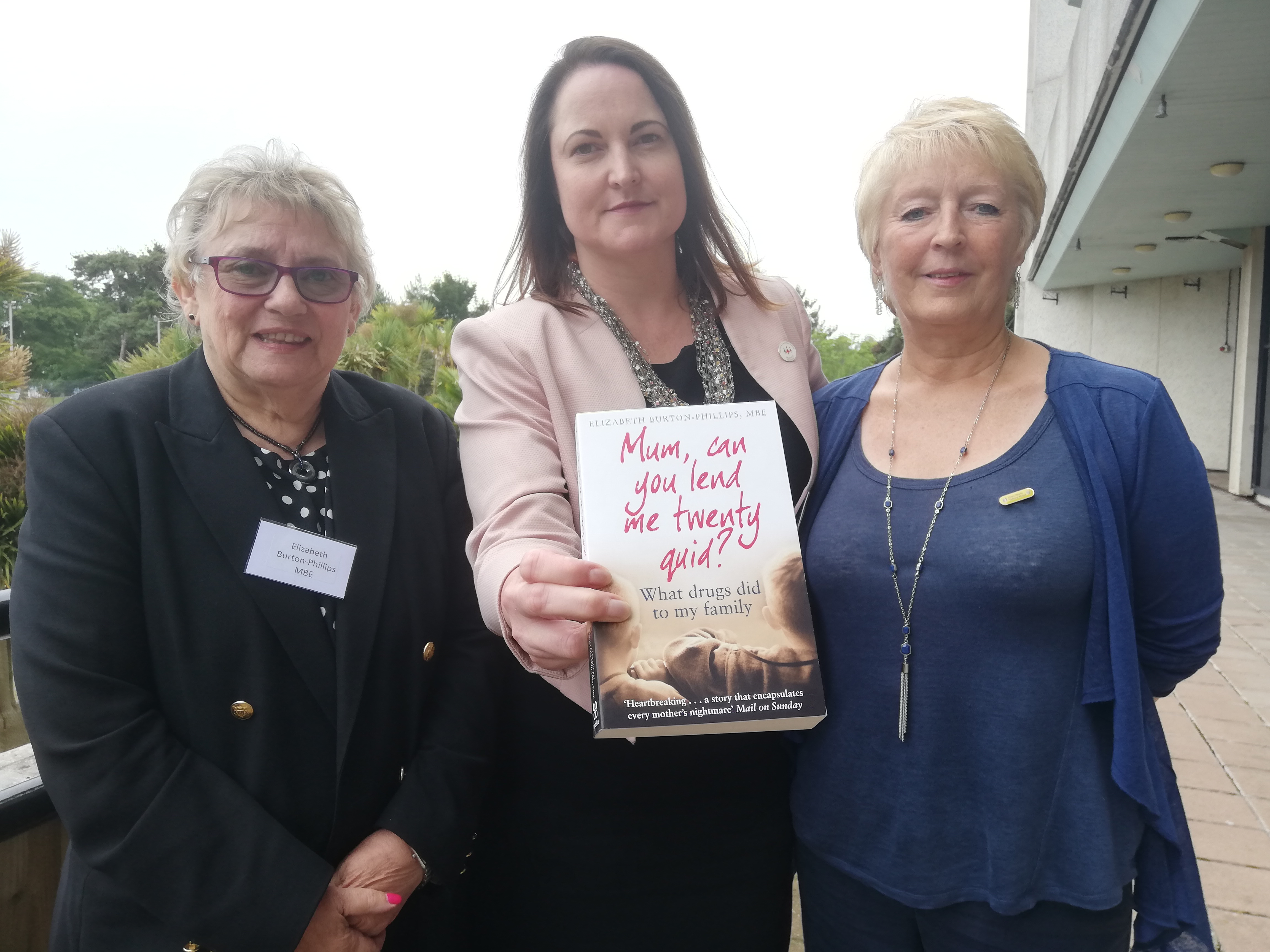 Mothers told their harrowing stories of losing their children to addiction at the first Drugs Harm Reduction Seminar organised by Police and Crime Commissioner Alison Hernandez.

The event at the Riviera International Centre in Torquay today was attended by experts in offender management, homelessness, addiction treatment and policing from around Devon and Cornwall.

Speakers included Christine Evans, a mum from South Devon whose son Jake was an A grade student attending Exeter University before he became addicted to heroin. Jake ended up dying in Thailand of an accidental overdose. Christine now tells his story to discourage others from using drugs.

Elizabeth Burton-Phillips MBE then took to the floor to explain how her twin sons’ recreational use of cannabis developed into a heroin addiction which saw them both become homeless. Tragically one of the twins, Nick, took his own life while in the grip of addiction, while his brother was able to kick drugs to lead a regular life.

Now a government advisor and campaigner, she founded the charity DrugFAM with the aim of supporting families whose members have become addicts and her book, “Mum, can you lend me £20?” has sold 65,000 copies worldwide and been translated into five languages.

Their message to the audience was that drugs were equal opportunities killers – and even those with bright futures could have their lives ruined and even ended by them.

Seminar speakers also included Phil Harris, who has pioneered innovative approaches to dealing with the mentally unwell, a recovering addict who described his experience, and prison staff who run substance misuse programmes.

There were break-out group sessions during which subjects like heroin assisted treatment and the challenges facing drug-addicted mothers were discussed.

Alison Hernandez, the Police and Crime Commissioner for Devon, Cornwall and the Isles of Scilly, said that treating addicts successfully would benefit the whole of society.

“This is all about helping people to come off the drugs that wreck the lives of users, their families and cost us all dearly,” she said.

“I wanted to bring together multiple organisations which are involved in dealing with addiction, from medical professionals to housing providers, under one roof so that we could start to discuss some of the challenges faced by them all.

“My police and crime plan is all about the benefits of working together – connectivity. In practice this means that prison leavers are provided with help so they don’t become homeless, addicts receive the treatment they require and the police are helped to do their job in bringing to book those who seek to exploit and profit from the vulnerable.

“The day was extremely illuminating and valuable. I’d like to thank our speakers and all of those who took the time to attend.”

Families, friends and partners of addicts wanting support can do so via the charity DrugFAM by calling the helpline on 03008883853 or visiting drugfam.co.uk.